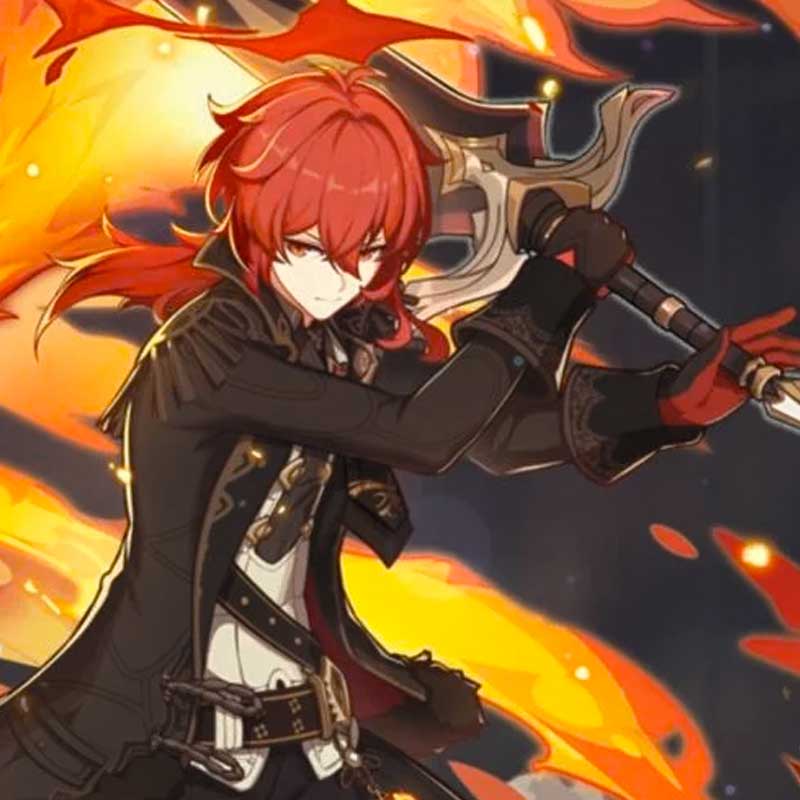 Diluc is a melee fighter that uses a Greatsword and Pyro Elemental abilities to deal damage to his enemies. He’s a strong character that have as a leader of the party and pairs. Well over Electro based characters to deal with additional damage with overload Elemental combos, Diluc tempered sword combo performs up to four rapid lashes with his great sword to do physical damage to enemies when you tap the attack button when you hold, On the attack button in charge The Temper sword attack, your stamina will be drained over time to perform continuous rapid lashes followed by a powerful / at the end searing Onslaught is Diluc Elemental skill when using this skill Diluc sludge for is dealing pyro damage. This skill needs to be used three times to complete his attack chain with each skill input doing one swing of the sword after each swing.