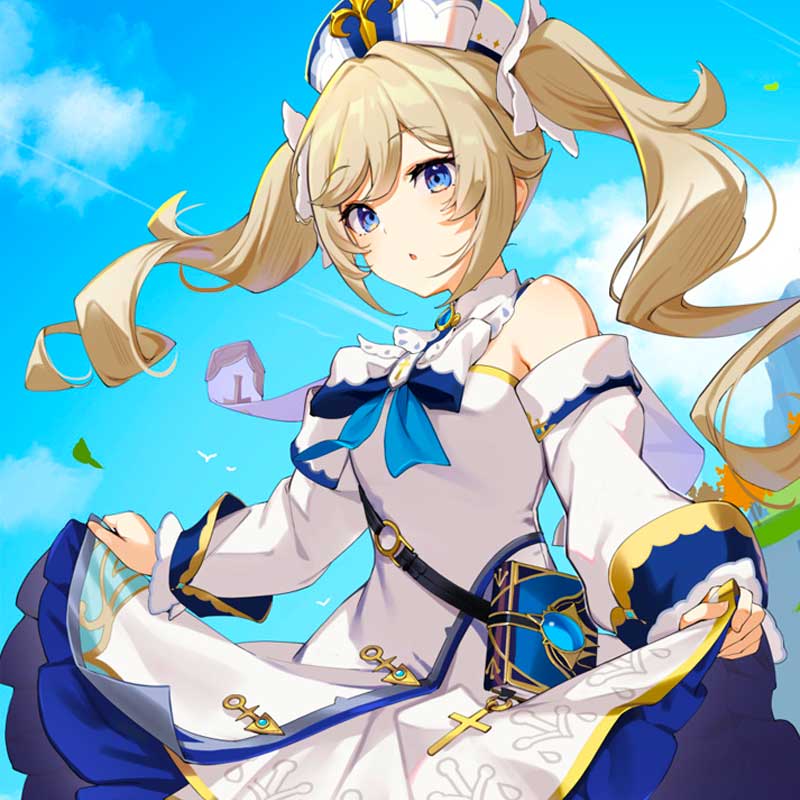 There’s not that much complexity when it comes to Barbara skills both her Elemental burst and skills scale off from the amount of Health she has so if you want to shower your team with big heels, just make sure to get a lot of health equipment and if you truly want to maximize her healing potential she works really well with enemies are grouped together.

Either because once she activates her Elemental skill, her charged attacks provide four times the amount of healing you would get from her basic attacks, which means you can get very efficient if you use someone like venti or the traveler to group enemies in one place and then land a few charged attacks one more thing to keep in mind since her healing strictly scales from her health deliver basic attack talent.