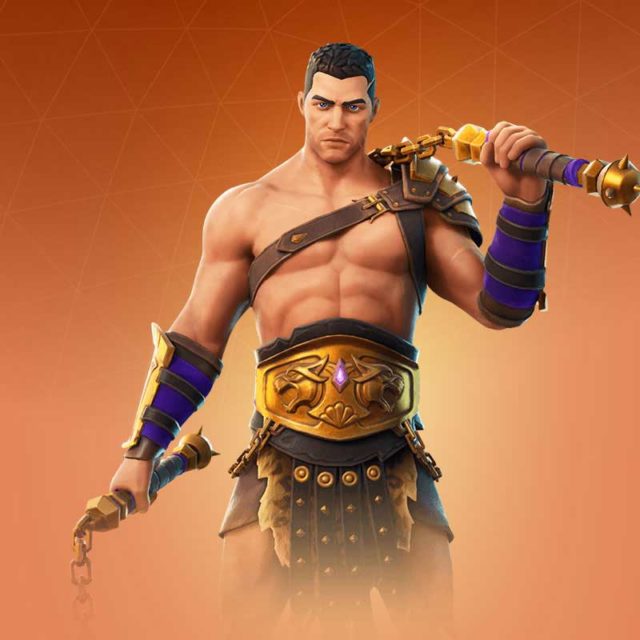 We’re going to be taking a look at the tier one hundred skin Menace Fortnite Skin on the season 5 battle pass. He is like roman-themed looks like he’s supposed to be some sort of Gladiators in the arena.

The Menace skin port of the vanquisher set lots of different customization options. You have the regular Menace the Challenger with the flame and The Undefeated Menace. This is actually what we’re going to be rocking because the more armor the better and then he has different helmet Styles.

There are also light helmets the heavy helmets. He also has a pickaxe called The Victors and a rap called the lion’s roar. So it’s a brown and gold coloring.