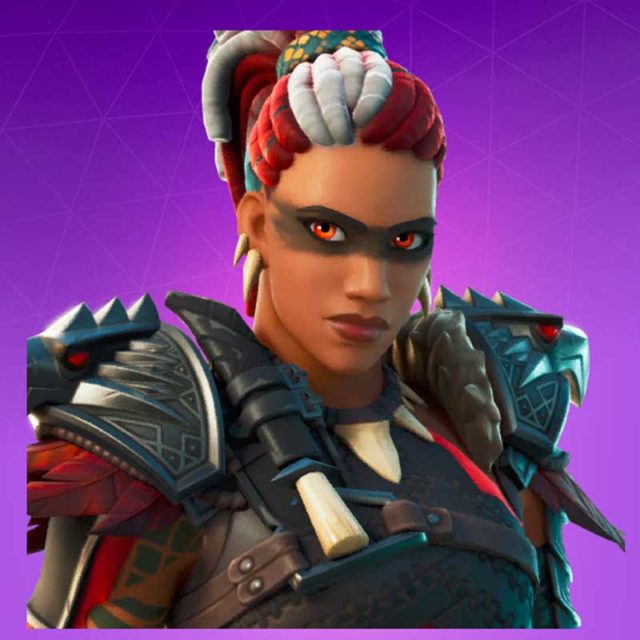 We’re going to be taking a look at this brand new battle pass skin called Mave Fortnite Skin. She’s reactive in a lot of different ways. Mave skin has six tiles. Maeve style the Unstoppable as well as the shield breaker. Mave skin Shield breaker really cool with all the armor and the sapphire topaz and the zero-point Styles will be unlocked with like challenges in the future.

Her hair is apparently reactive it looks like there are snakes coming off of it. When you get a kill or something the snakes kind of popup and then Mave skin also has a tail.

She also comes with back bling called The Wild Heart Buckler with three different styles, you know just to kind of match with the color schemes.

The coolest part of the set the Eagles form. She literally has wings and they look amazing. That is got to be one of the coolest gliders in a game.