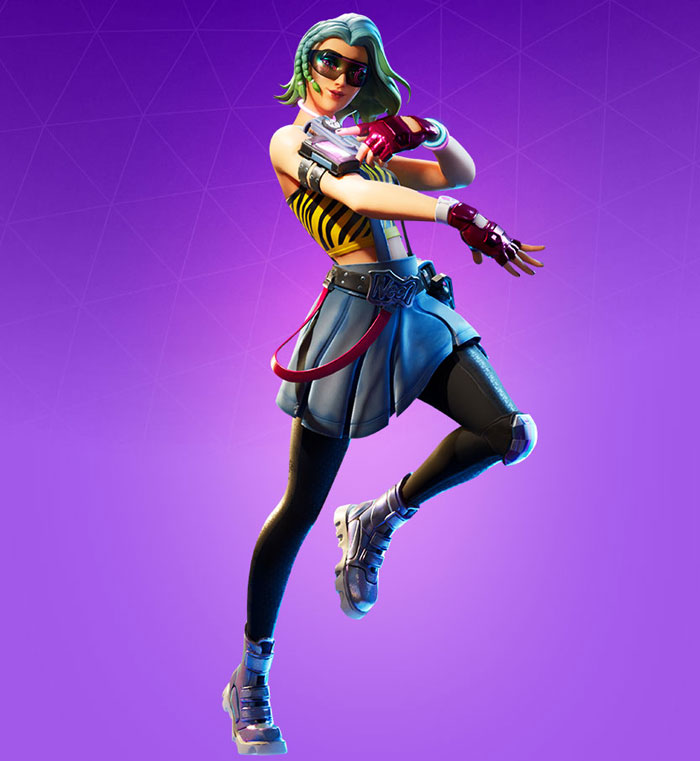 Cameo an Epic Fortnite Outfit from the Standout Style set. Cameo was available via the Battle Pass during Season 11 and could be unlocked at Tier 80. With green hair and a tiger print top, Cameo looks super cool. Cameo can also be changed into a chic Fortbang, which is a variant skin for her. Also, check out fortgag